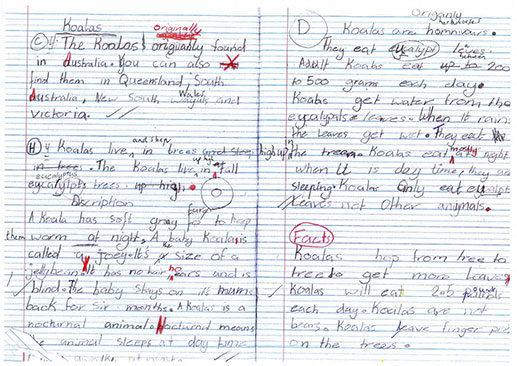 Should Writers Use Their Own English in Academic Writing?

The standard language ideology and code-meshing technique have spawned many debates, but should writers use their own English in academic writing? The following paragraphs examine the arguments for and against both positions. These debates should give us a better understanding of the politics behind the use of standard English. Ultimately, this question is about choice, not uniformity. Let’s look at the arguments for and against using dialect in academic writing and decide for ourselves if they are worth the effort.

The standard language ideology is an ideology that cuts across the facets of identity and creates massive marginalization in ELT. This ideology is rooted in the idea that native speakers of a language have inherent language intuition. The concept contradicts the premise of standard language ideology because native speakers gain variety and uniformity from schooling. Rather than addressing this gap, we should consider the potential for change. This article will outline a few of the most common arguments against SLI.

In addition to this, the standardization of language can promote alingualism. This ideology holds that speakers of nonstandard varieties of a language do not have any language, and therefore cannot be considered to have a language. This idea has historically been used to rank people lower on the social hierarchy, and was often employed by colonialists to justify the genocide of Native Americans. It is a problem that has only grown more pronounced with time and in the context of the globalization of language.

One of the arguments against standard language ideology is that it imposes an agenda on the way language is spoken. In other words, it creates barriers to learning. When educators use language in their teaching, they often fail to address the unique needs and perspectives of language minority students. In order to address language-minority learners, educators must shift their language ideologies from deficit to asset-based. As educators, we must do this reflectively in all K-12 contexts. There are many resources that can support this work.

Arguments in support of code-meshing technique

The argument for the code-meshing technique is not without its detractors, however. In fact, 28 percent of the students said they were worried about the negative effects. This article will look at some arguments in support of the technique. This article will focus on a Saudi Arabian student. It may be of interest to you if you want to know how to make a code-meshing system in your own language.

The first argument in favor of the code-meshing technique is that it does not require students to hold back their own language, but rather, allows them to bring it forward. As long as students speak a common dialect, code meshing will not pose a problem. The second argument is that code meshing is a natural process that cannot be avoided. Young argues that code-meshing is inevitable and beneficial for both students and teachers.

The second argument against the code-meshing technique comes from the idea that it limits the ability of writers to express themselves in their own language. Young argues that code-meshing should be normalized and should not be regarded as a “crime,” since it allows for multiple languages and dialects. However, the other side of the argument is more controversial: “code-meshing is not only harmful to students, but it is harmful to the culture and the development of the written word.”

Arguments against dialect in academic writing

Despite common perceptions, it is not necessary to avoid using dialects in academic writing. While it can be used to differentiate characters, it also impacts readability. In some instances, dialects may even portray a character as a person of lower social class or uneducated. While writers are free to use dialects in their writing, it is necessary to consider its implication in order to make the work accessible to a wide audience.

Academic writers who write in dialects are under more pressure than ever to be grammatically correct. A professor should be aware of this and design approaches that combat it. One Spanish professor recently altered his curriculum to incorporate a variety of dialects into his classes. A communications professor encourages students to write blog posts in their native tongue. A music professor has introduced songs from various countries into his classes and invites his students to discuss dialects.